Ash has spent most of his career fighting so the whole Hollywood leading man thing is a cakewalk. In fact, he finds it kind of boring… until he meets her. She’s just starting her career and even though Ash knows he should leave the young starlet alone he just can’t seem to stop himself and he definitely isn’t about to stand around when the sexy actress finds herself in need of a real-life hero.

River remembers seeing the great Ash ‘The Torch’ Carter when she was younger first on television and then in movies. When he shows her it isn’t all for show, that he really is a hero, and that he is planning to spend the holidays alone she does the only thing she can…she takes him home!

‘Tis the season for Tinsel and Mistletoe so what better place to spend your holiday season than in the town with the shiny nickname and all the pretty packages. This is the first book in the Forever Hollywood series but can be read as a stand-alone. It’s safe, hot, and just a little naughty so don’t tell Santa. So if happy ever after is on your wish list, spend the season with River and Ash and let them warm you up. 😉 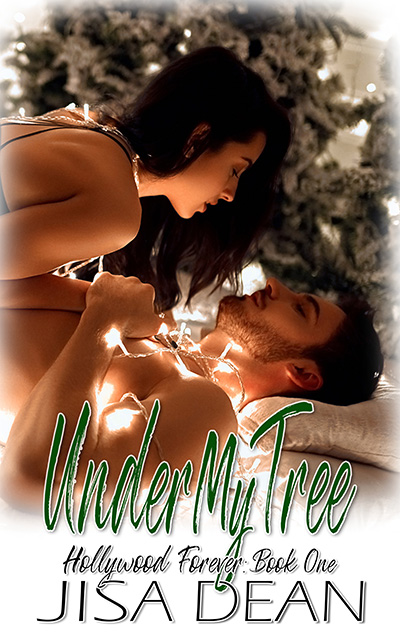