Garrett is…intense. That’s what everyone tells Eleanor anytime she asks about Garrett Dallas, but what does that even mean? A part of her wants to find out but another part of her, the part that secretly gets excited about what that might mean, scares her. That is until one day when she walks in on her best friend with her boyfriend and Garrett is standing right behind her offering solace and comfort from the heartache. But is one night under Garrett going to help her get over her heartache or is it going to lead to even more pain and tears? Because a man like Garrett is one you don’t walk away from.

Eleanor… just her name causes things to happen to me. Ever since I saw her she has been all I think about. When I’m the person she turns to when her idiot boyfriend cheats don’t think that I’m missing an opportunity to be with her, even if she does use me for rebound sex. The only problem – I want more than one night with Eleanor. I want forever! This is the fifth book in the Taboo series and if you stick with me I promise it’s safe, full of happy ever after, and a guy that you wouldn’t mind getting under to get over the heartbreak. So come with me and find out why Garrett could never be ‘too intense’! 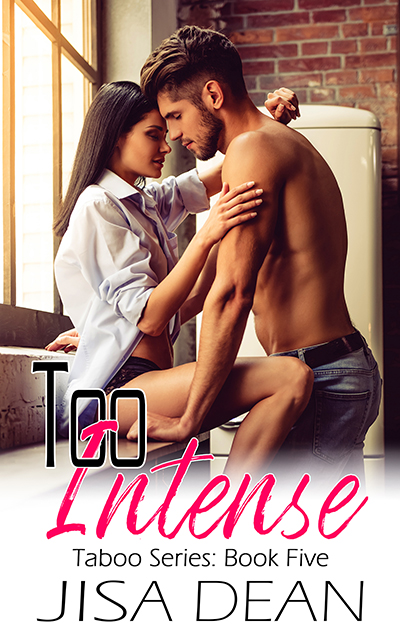