Cyrus Strong has everything a man could ask for. He’s built a life for himself that’s taken him off the streets he was raised on, a friend he trusts with his life, and all the power he could ever want. As governor of his state, he’s the most eligible bachelor around. It hardly matters because as soon as he sees Lyric Brown he knows he would give all of it up to have her. It’s not to be though because the Christmas party he meets his angel at takes him away from her almost as soon as he finds her. So how did he come to wake up tied to a bed with Lyric exactly where he wants her…his bedroom?

Lyric knows she has one chance to save her dad. Find a powerful man and force him to help her. So how is it that she feels like Cyrus is still in control even when he’s tied down? Will he help her get her father out of danger? Can she pay the price? With so much riding on her ability to make Cyrus do what she wants him to do can this shy kindergarten teacher be the one in control?

And what happens when the straps break?

I like my men all wrapped up for Christmas, (and by wrapped up I mean tied to the bed of course). If you like a strong alpha male who knows what he wants for Christmas then spend your holiday season with Cyrus and Lyric. This is the fifth book in the Holiday series and might be the dirtiest of the season (I might be off the good girl list). Who needs the jolly fat man when you can have the broody alpha giving you what you want. 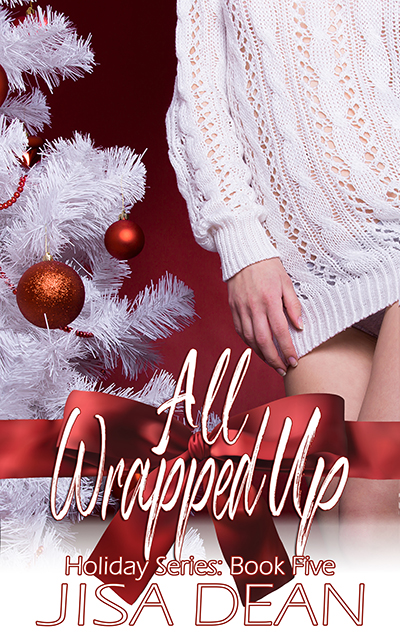